Mexicans have been coming to Wichita starting in the 1870s, when they came as Vaqueros on the cattle drives. They numbers remained small, however, for much of the 1800s.

Meat packing plants provided more year round employment. Cudahy was the major meat packing plant in Wichita and employed many Mexican workers, attracting the employees to the North End community.

Like other immigrants, Mexicans came to south central Kansas in search of a better life for themselves and their families.

“I’m Mexican-­American, I was born, raised here in Wichita, KS. My dad is from Wichita, my mom’s from Wichita, and they were born and raised here, My grandmother is from Texas, and my grandfather was from Mexico, my mom’s side. And both of my grandparents on my dad’s side were from Mexico. My grandpa came here he worked on the railroad, and he became a US citizen and raised his family here. My grandpa on my dad’s side worked at Cudahy where a lot of immigrants worked or Mexicans worked back in the day. My grandma on my mom’s side worked at Cessna and Boeing and another factory over here on 29th and Market.  Cudahy was a meat­packing company and from what I hear and what I remember most of everybody in what we call the “NorthEnd” worked there. My dad did, my uncles did, my grandfather did. A lot of my dad’s friends did, my aunts did. It was like the community workplace.”

speaking about her experience during Summer Mural Jam 2018:

And so it was really a nice time of kind of fellowship with family members, too. And then just random people walking by that. I didn’t really know, but they would pick out and like, tell me some story about, you know, like one of my aunts or my grandma or somebody that they recognize someone up on the wall and telling me different things about about some of their younger days or crazier days. It was just kind of fun. I feel like I got to know some of the women in this, in this portraiture or in this mural better than I did when I started that week.

At some point in time, that community has played a role in shaping who we are, and I feel like it’s our responsibility to use the privilege that we have to better the lives of the people around it. I wanna make sure that every time somebody crosses paths in my life, have when we’re done interacting with the data for five minutes for five years or whatever that time from is that their life is better after that, interaction than when it was prior to us meeting. That’s my hope, is that I bring other people’s lives up… I’m gonna have persevere like I read somewhere: “A river doesn’t carve through a mountain because it’s powerful. It carves through a mountain because it’s persistent.”

The Nomar Theater sits in the heart of the NorthEnd neighborhoods, near the intersection of 21st Street and Market Street. The theater is history intrinsically connected to the Latino and Asian communities currently living around it, with huge potential to continue to be a key element of the neighborhood identity.

Many Mexican American Northend residents have bittersweet memories of the Nomar Theater,  as it was a segregated entertainment space, in which Mexican and African Americans had to sit in the theater balcony, accessed only through a separate entryway.

Some remember these dire moments of Wichita’s history, some look at a brighter moment when Nomar became the first integrated theater in the city.

This space has sat vacant for over three decades, as a quiet witness of the economic ups and downs in the Northend. A renewed sense of pride in place and a community growing in political power, our hope is that through Horizontes we can catalyze an exciting rebirth of the theater, following the steps of the Historic Dunbar Theatre. 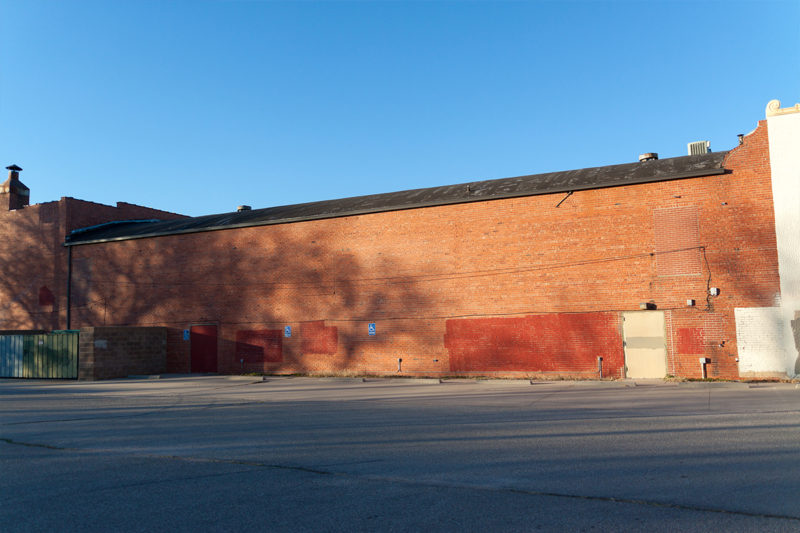 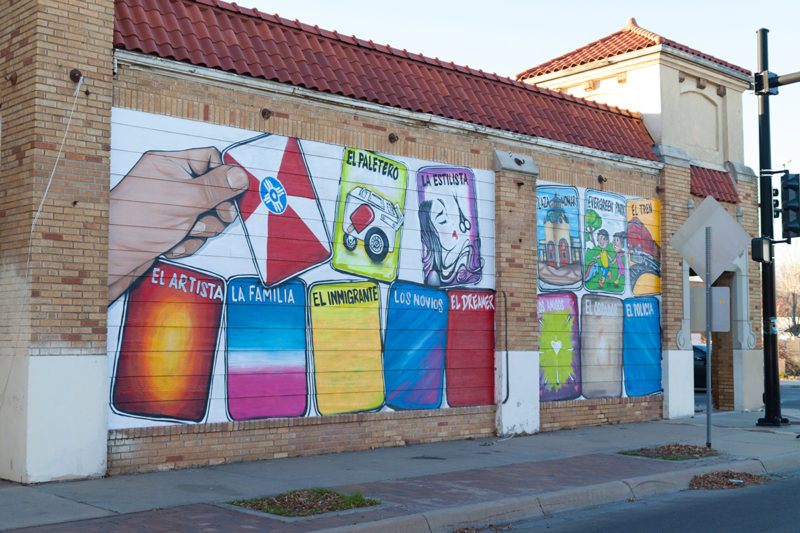 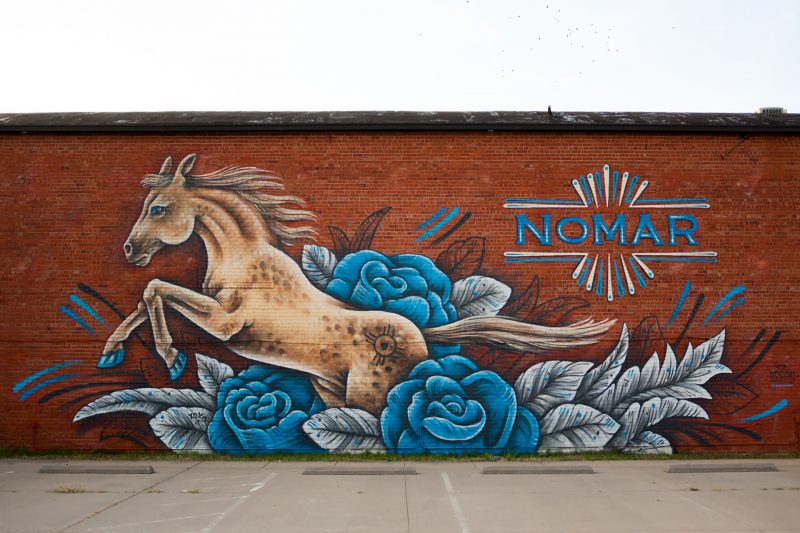 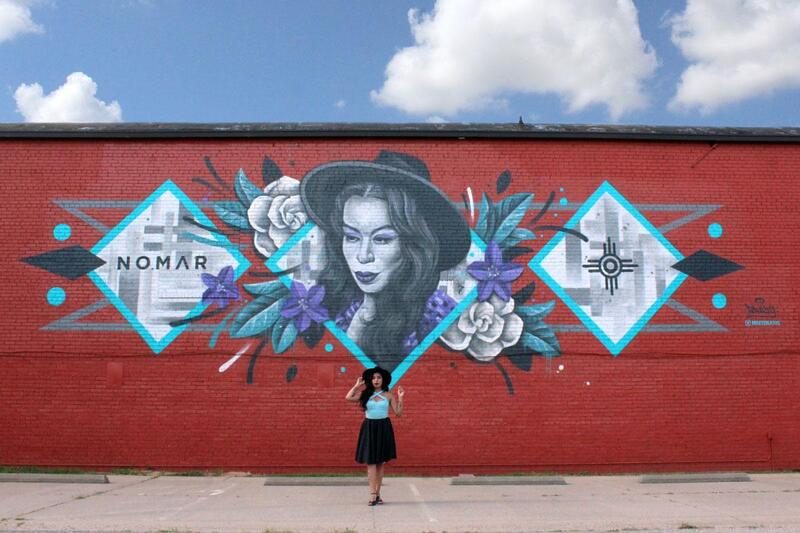 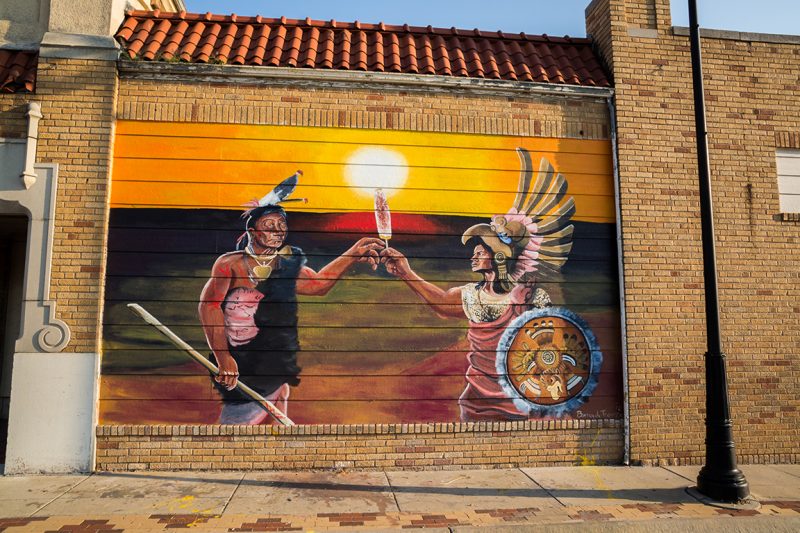 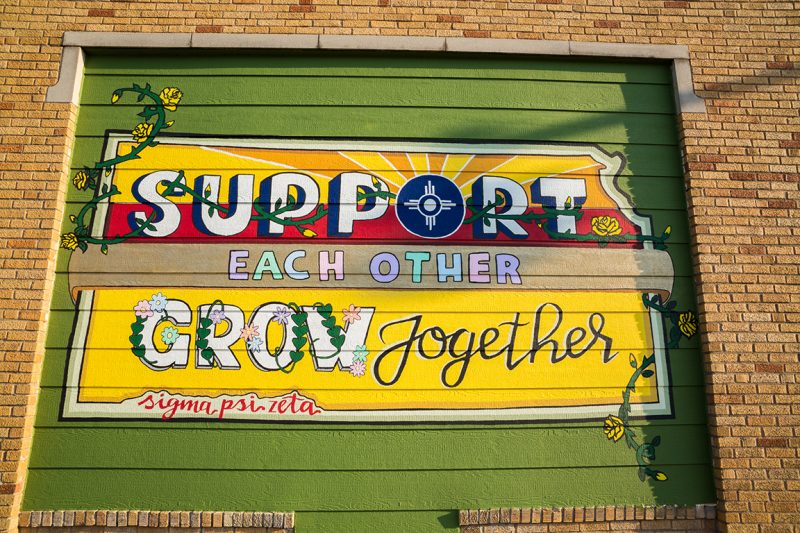 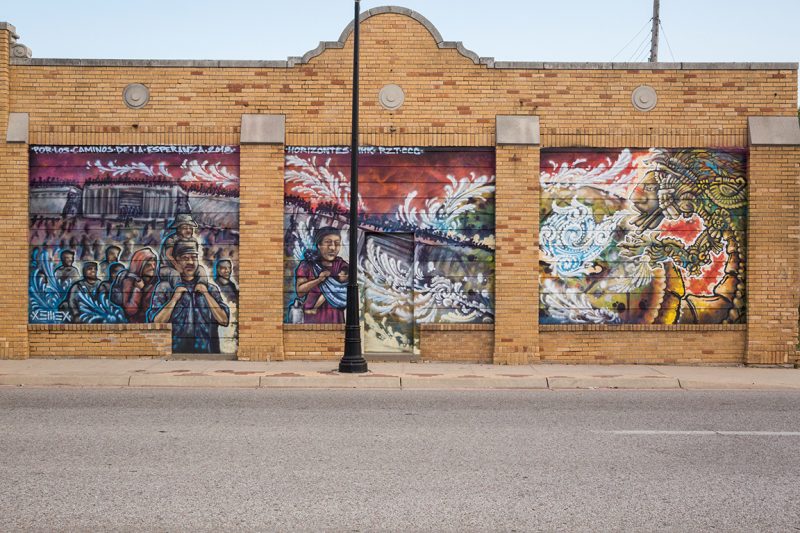 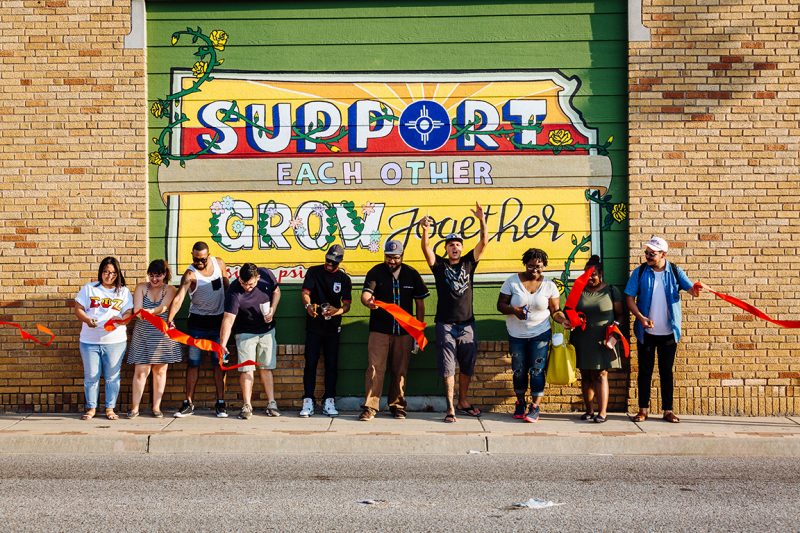 00:01 CB: My name is Carolyn Benitez. Some of you may know that in the fall of 2004, I was successful in receiving a grant through the Kansas Humanities Council to interview families that settled in North Wichita during the early 1900s in a small Mexican barrio which was affectionately known as El Huarache. I didn’t grow up in El Huarache, but both sets of my grandparents lived there. My grandparents on my dad’s side, Rosales, were known as Mamanita and Paparito by their grandchildren. They lived at 1918 North Mosley from the mid-1920s through the early 1970s. My grandparents on my mother’s side, Mama Lola and Papa Isa, lived at 807 East 19th. They lived there for 10-11 years, and then they moved to 2335 North Market, the same block where their three daughters and their families lived. It was also the block where Our Lady of Perpetual Help Catholic Church is located.

01:16 CB: Mamanita became a widow early in life as Paparito died around age 47. She lived into her early 80s. My uncle Encho lived with her, but when the weekends came, he often wasn’t seen until late Sunday night. As a result, my cousins and I would spend part of our weekends with her. The sleepovers began when I was around 8 years old. Teresa was 9, Loretta 10, Luisa and Rita were probably 12. Usually, my Uncle Lupe or Uncle Whitey… And that’s his nickname, Whitey. Everyone that lived in El Huarache had a nickname. They would drive us to her house because they both had large station wagons with a third row seat facing backwards. Before we would go, my cousins and I would plan what we wanted to take. Often, it included 45-inch records in a carrying case, a suitcase-size record player, a couple of pillows and our belongings, and a huge accordion. My sister Luisa was teaching herself to play and wanted to entertain Mamanita with her new skill. Once at her house, we’d settle into the living room, listen to music, dance, sing, and play the accordion, and sing along as she was playing. Usually, my grandmother would be sitting in her room watching television. When it was time for bed, we’d roll out the sofa bed and figure out how five girls were going to fit on a full-size rollout bed. Usually, the three tallest slept vertically, and the two smallest slept horizontally at the feet of the others.

03:01 CB: I can remember seeing Mamanita in her bedroom, which was dimly lit by the candles on her altar. She would kneel at the side of her bed and say her nightly prayers. I never actually saw her get in bed because I’d fall asleep before she’d finish her prayers. Just as quietly as she got into bed, she’d rise before the sun and start her day with prayer, prepare her breakfast, and then our food. It was the wonderful smell a fresh flour tortillas cooking and the rhythmic sound of the wooden rolling pin hitting the table as she rolled out the tortillas that would wake us up. The fresh tortillas were accompanied by refried beans and eggs made the way we wanted them. Tang was the morning drink along with milk. Her food was so good, she was known in the community for being such a good cook. She would laugh when we would lick the plates clean. We’d spend the morning helping her tidy up, play dress up with her things, and by midday, we’d begin to gather our belongings to head out on our venture home. You see, we had to walk home to 23rd and North Market. So there we were, these young five girls heading north on Moseley with records in tow, record player, pillows, and this large, old accordion.

04:21 CB: We always pass by the Gonzales house before we cross to the other side of the street because we wanted to see Andrea and Ricky. From Moseley, we would turn west onto the dirt road of East 19th Street where my other grandparents used to live. They would be our next stop, as my aunt and her family lived there. We’d stop and say hello to our cousin Andy, and ask him to walk with us up the hill to the Missouri Pacific Railroad tracks. There used to be some boys hanging around there, around the tracks, that would harass us. So when he could, he would watch us until we hit the cow path, which was the shortcut through a tall, grassy field leading us to the dusty road of 20th Street. On 20th Street, we would pass the towering flour mills and the old CBT Mule Company that would lead us to North Topeka Street. Once we reached that point, we could see my dad’s pool hall on North Broadway, and we knew we were back in the city, safe and sound.