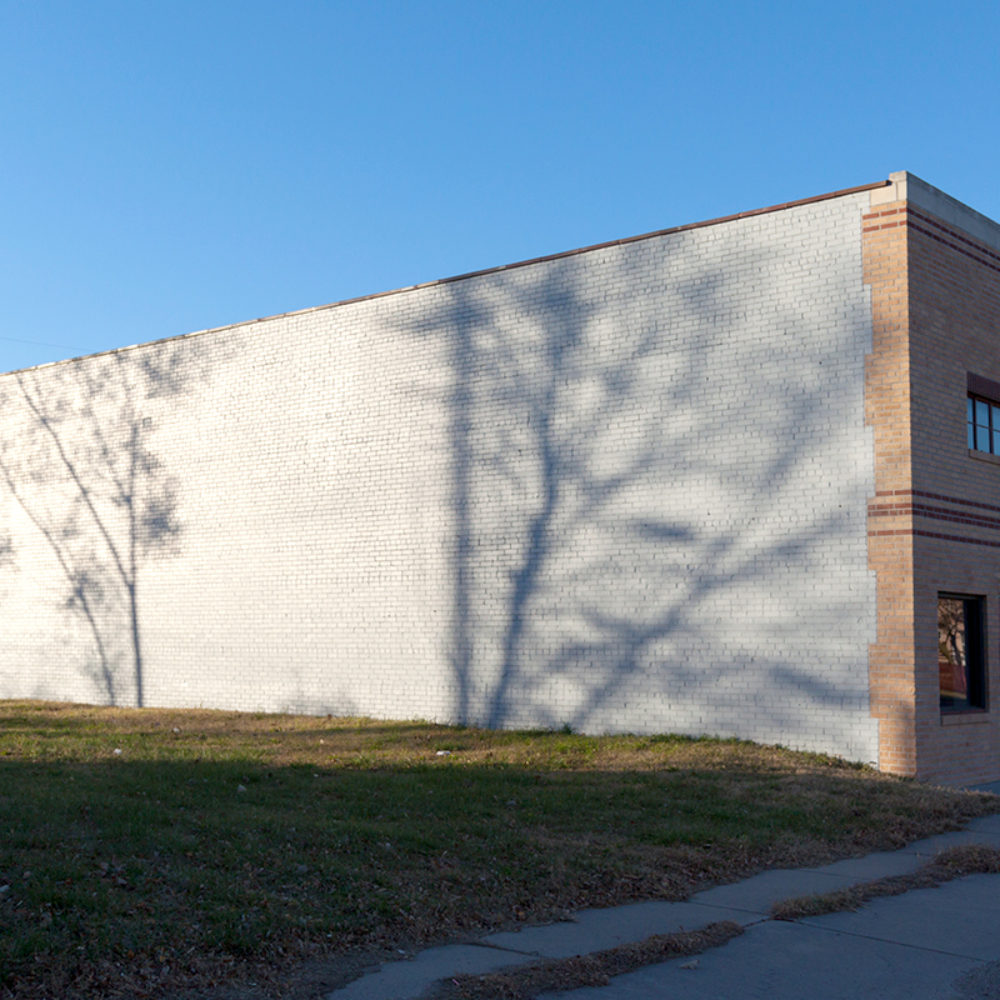 The Dunbar Theater holds a special place in the memories of many as a cornerstone of what was once the thriving commercial hub of Wichita’s African-American community during the 1940s and 1950s. Many enthusiastically recall the popularity of the bustling neighborhood — with its drug store, ice cream shop, hair salons, cafes — and the Dunbar Theater for movies.

For decades, now, though, the theater has been vacant, deteriorating slowly, along with the surrounding neighborhood. However, a recent revival of interest in inner-city property for new development has brought new hope and new life to old neighborhoods, including the McAdams Neighborhood.

Built in 1941 and served until 1963 as the only movie theater available to the African-American community in Wichita.

In June 2003, the Wichita City Council adopted the McAdams Neighborhood Revitalization Plan to guide the revitalization of the neighborhood. A key component of reviving the neighborhood is bringing the Dunbar Theater back to life… as a community-based visual- and performing-arts center — serving as the anchor for a rebirth of commercial development at the intersection of 9th Street and Cleveland.

Earlier this year, the City of Wichita decided to commission a Feasibility Study to determine the viability of redeveloping the theater as a visual and performing arts center.  The study found that redevelopment of the Dunbar Theater will fill an unmet niche in the community for a performing arts venue with approximately 200 seats — while also providing the surrounding neighborhoods with a much-needed facility to host meetings, receptions, youth activities and civic events.

The study estimates that the Dunbar Theater can be reopened for about $1.5 million — a fraction of the cost of a new theater, bringing the Theater to life for its first public uses. Additional improvements will be done in two additional phases, costing approximately $1.5 million each, to achieve the full capability of the Theater. The Dunbar Theater Redevelopment Feasibility Study Report is available for viewing at the City of Wichita Planning Dept. website.

As part of a community-based initiative, POWER CDC is taking the lead role with the acquisition and re-development of the Dunbar Theater, and today owns this historic prize. Accordingly, POWER CDC is now accepting financial contributions to redevelop and operate the theater.